What is the Self-Fulfilling Prophecy?

Have you ever been asked to do a task - maybe you were starting a new job - and you believed before you started that you wouldn't be good at it? Maybe you thought to yourself, 'I am not going to be able to do this,' only to try it out and realize that your fears were correct?

This is known as a self-fulfilling prophecy. A sociologist named Robert K. Merton created this term in 1948 to describe 'a false definition of the situation evoking a new behavior which makes the originally false conception come true.' In other words, the prediction we make at the start of something affects our behavior in such a way that we make that prediction happen.

“You are really rubbish at spelling, you take after me.” Vs “You are so much better at spelling than I was at your age, I love how you always try your best.”

My years of teaching and parenting have shown SFP in operation relentlessly. It has highlighted its massive impact on our kids. It is the belief that we all live up, or down to the opinions projected on to us by others. This might not sound like a huge deal but let me outline to you why it is.

“You are always in trouble, you just cannot behave!” Vs “I can see that you are trying really hard to make good choices despite the challenges around you, well done! I’m proud of you!”

Ask yourself, despite the ‘reality’ of the situation, which statement would be the most motivating and effective on you? Seemingly innocent statements can have a huge impact on young minds and have potentially long lasting effects that we can scarcely imagine. Sometimes as parents we can project our fears on to our children.

My daughter has been bullied many times and it's had a huge effect on her. When she was going through her second bought of bullying, I paced the floor, pregnant with my third, at 3am desperate thinking how I could fix this for her. Then, my husband said something to me that stopped me in my tracks. He said that he felt that she was handling it really well. You know what? He was right! It was uncomfortable watching her go through this, but she was handling herself really well!

Why was I pacing heavily pregnant at 3am? Because I was bullied as a child, I did not handle it well and I didn’t want my daughter suffering like I did. As her parents, we were there for her every step of the way, listening, discussing and giving her an abundance of tools, strategies so that she could hold her own, and she was. I was projecting my failures and fears on to her. She was a much stronger person that I was at her age. This opened my eyes. My children are not an extension of me, they are their own people and should be treated as such.

The self-esteem and confidence of my kids are my top priority.

Using the power of SFP I create an environment where they can take risks, make mistakes and believe that no matter what happens in their world they can handle it.

When my daughter was having trouble with mathematics, she believed she couldn’t do it. Her lack of confidence was blocking her from understanding, she shut down before she even began. I explained that in her head there were little doors and when she said “can’t,” the little doors shut and stopped her from learning. When she said, “I can and the answer is coming,” the doors would open. When she would speak negatively I would say, “Is that opening or closing those doors?” She would pause and consider it, roll her eyes at me and would become more mindful of her thoughts. 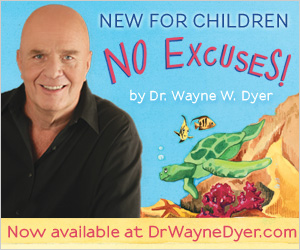 This was not a quick-fix. As you know yourself, when a negative thought takes hold it can be persistent, but it can be changed. We kept telling her how much better she was getting at maths, regardless of the results. We told her how proud we were of her because she kept going. In time, her confidence increased, her belief in herself grew strong and she now approaches maths with a certainty that if she perseveres, she will get there. By us telling her how much she was improving, and saying that the teacher was saying the same things (which was not completely accurate), she began to believe that she could do it. I would also verbally remember how much I used to struggle in maths as a kid and I would announce how relieved I was that she took after her father with maths! I planted a seed of belief that she inherited her Dad’s excellent maths’ gene. I arranged maths practise for her at home which was several levels lower than her ability (though she was unaware of this) in order to build-up her confidence. Even now, years later, I overhear her telling people that she takes after her Dad’s excellence in maths. I just smile.

I have just been through the power of SFP with one of my other children. He has recently started Reception Grade and came home with his first reading book. I was quite shocked at how hard this book was considering it’s the first book he was ever going to read. I aired my views with some of the other parents who said that their kids were coping fine. I accepted that we must be behind and would have to put in more effort to catch up with the others. My son and I sat reading this book together slowly and patiently over the next few nights and his progress astounded me! By the third night he was supposed to be able to read it independently. He couldn’t, he still needed help with three of the words. I was concerned and so went in to speak to the teacher to explain that he would need the book for longer in order to read it independently. On closer inspection the teacher revealed to me that instead of having a Level 1, he had inadvertently been sent home with a Level 13! Needless to say my concerns disappeared! I believed that he could do it and so he believed it too! This was a timely reminder for me to always keep my expectations high and how powerful this can be in our lives, and in the lives of our precious children.

Tips to help you use the Self-Fulfilling Prophecy with your children:

AUTHOR: Cathy Domoney, Positive Thinking Children's Author
Cathy holds a Diploma in Counselling, Psychotherapy & Hypnotherapy. With a BA Hons in Sociology & History along with a Certificate in Life Coaching, she offers the complete package that is destined to make changes in the lives of children through her books. When teaching she helped pupils & colleagues with self-esteem issues. Cathy knows how positive-thinking can impact on a child’s experience of the world & passionately shares this knowledge with parents & teachers.

EDU STORE
Send this to a friend